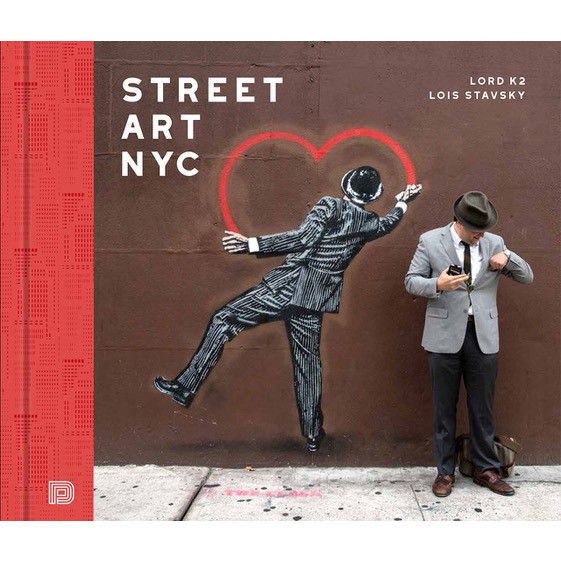 The birthplace of graffiti, New York City, has evolved into a global center for street art. Its public surfaces host a range of media from handmade stickers and wheatpastes to huge installations and murals. Artists from across the globe routinely travel to New York City to grace its walls as they refashion the city into one huge never-ending unofficial street art festival. Among these are such contemporary urban legends as D'Face, Banksy, Os Gemeos, Case, MaClaim, Invader, Stik, Shepard Fairey, Ron English, Nick Walker, JR, Kobra, Swoon, Os Gemeos and Faith 47. Street Art NYC showcases both sanctioned and unsanctioned works captured in the course of a transformative decade that saw the emergence of over a dozen distinctly engaging projects. The hugely popular Bushwick Collective, L.I.S.A Project NYC and Welling Court Mural Project are highlighted with introductory essays. Local community-based projects and festivals, as well as those responding to specific environmental and social issues, are also represented. Banksy's one month 2013 residency, "Better Out than In" is documented with words and images. And homage is paid to the legendary 5 Pointz graffiti and street art mecca. Street Art NYC is is a beautifully designed hardcover book. The full color photographs by Lord K2 captures the art in the city, printed on thick coated paper, and Lois Stavsky's text provides the context. This is the only book to spotlight the transformational decade that marked the shift from largely unsanctioned to widely curated street art throughout New York City's five boroughs. This book is a collaboration between Lord K2, an award-winning photographer and curator of the online Museum of Urban Art and Lois Stavsky, a noted street art documentarian and editor of the popular blog, Street Art NYC.